As I strive to update the blog on a more regular basis this year and continue to plough through my unpainted collection of models, I have been somewhat inspired by inquisitor Steve from the Overlords. Each week Steve does a video highlighting his progress in the hobby with new bits, WIP and also what’s been completed. I must admit this has been great to watch and seeing Steve’s imperial guard and Grey Knights army progress to completion.

So why not do something similar. Anyone who has been reading this will know I stop and start projects left, right & centre and will general float between several at once. Hopefully this will keep me in line as I try and balance this and actually make forward momentum. Hell I did it with my Malifaux crew (Even if it took the best part of 18 months) so why not some of my other projects.

So without further ado: 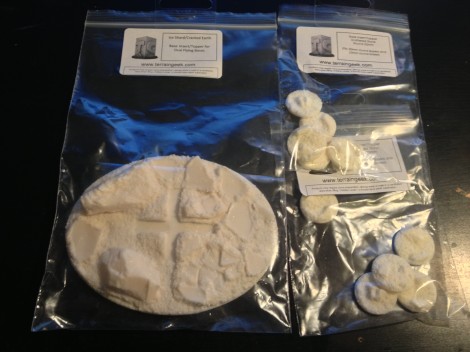 My inbox mostly consists of Minicon swag from Sunday. Minicon is a relatively small yearly Games convention held in Gloucester. I managed to snag a ticket for a bargain £5 after hearing about it a few weeks ago. Top pic shows the models from the free goody bag I got including some mantic and saga sprues 🙂 My only purchase was some 15mm Zombie Germans from Clockwork miniatures. There 15mm stuff is beyond fantastic. Quite simply the most detailed 15mm models I have seen. My plan for these is to get the motivation to finish my German Panzergrenadier Lehr force by having my infantry by zombies and my HQ the Red Skull!!! Finally I got some fabulous Terrain Geek base toppers for giving stu a demo game at his stall 🙂 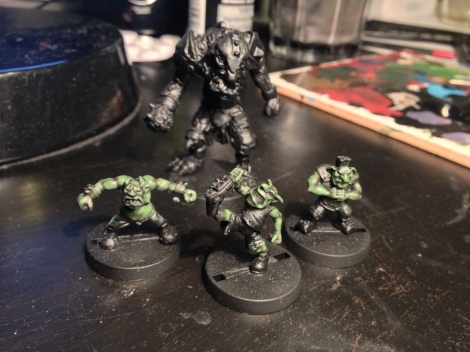 Only a few bits on the workbench (so far) As I try for a few quick wins. Top we have Kreel who will be my Character of choice for our gaming clubs year long Talisman League. This guy shall be my trusty Wight which will smash all who oppose me. Secondly I have the last few models needed for my Blood Bowl Orc team. This guys took nearly 2 months to ship from Impact and by the time they turned up I had finished all my other players and couldn’t be arsed to go back. So yeah, it’s about time I get these done and added to the team.

Once these are done it will be time to get all the Zombies assembled and actually get some Flames of War painted.

So until next week!